Even sitting there with just the black undercoat on they look impressive I think, 24 Hinton Hunt cuirassiers with some wonderful conversion work by Roy on the command figures, including adding eagles to the flagpoles. Started this morning, I'll hold pics until both Regiments are finished at the weekend. Started with a pink facing unit (10th to 12th  I think were such units and both present at Waterloo), the second maybe 'aurore'. Nice horses too, well detailed and a separate officers horse (minus sheepskin) that is accurate. Both units intended for 'Vintage Waterloo' and commissioned by Roy for his collection. 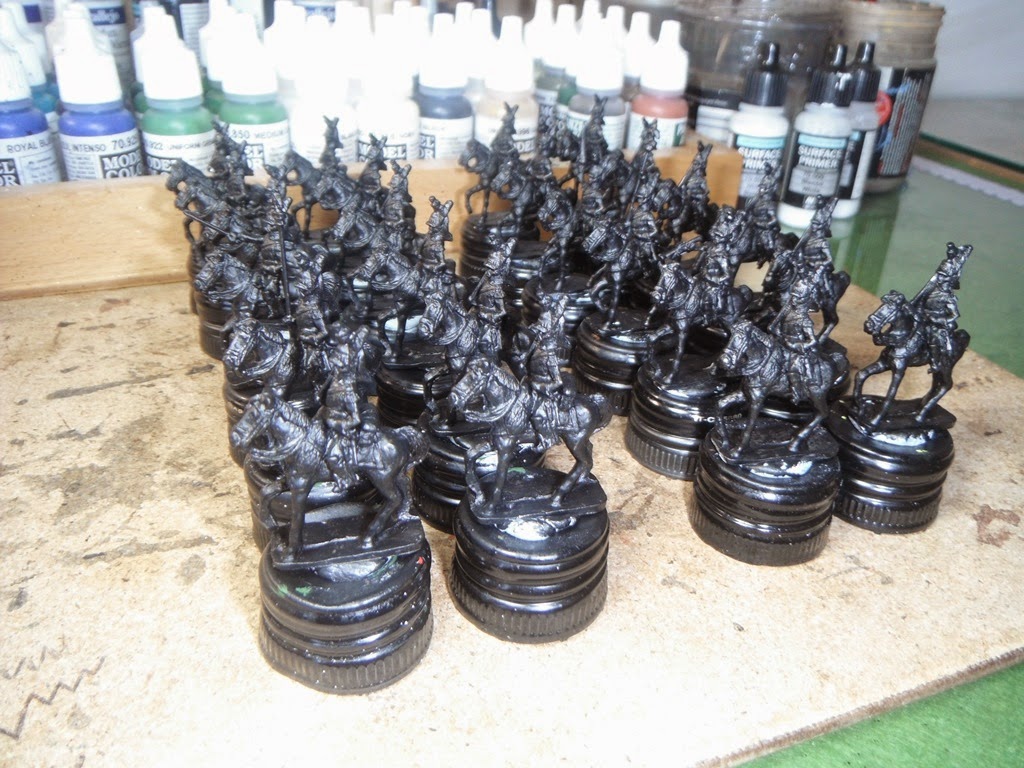 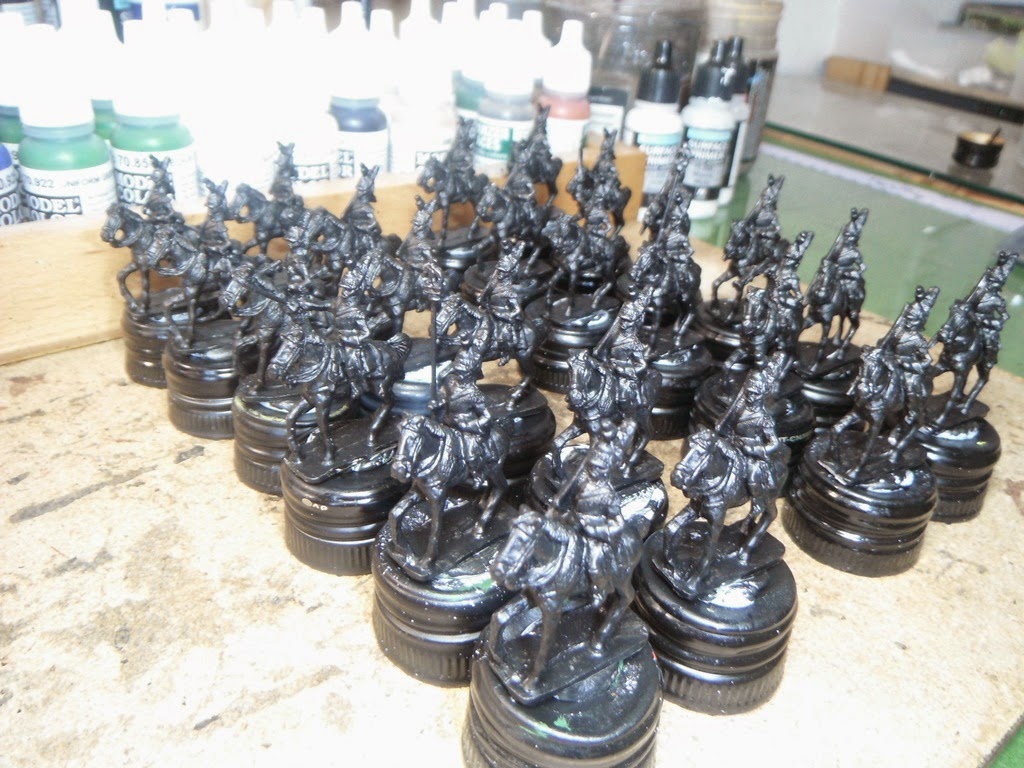 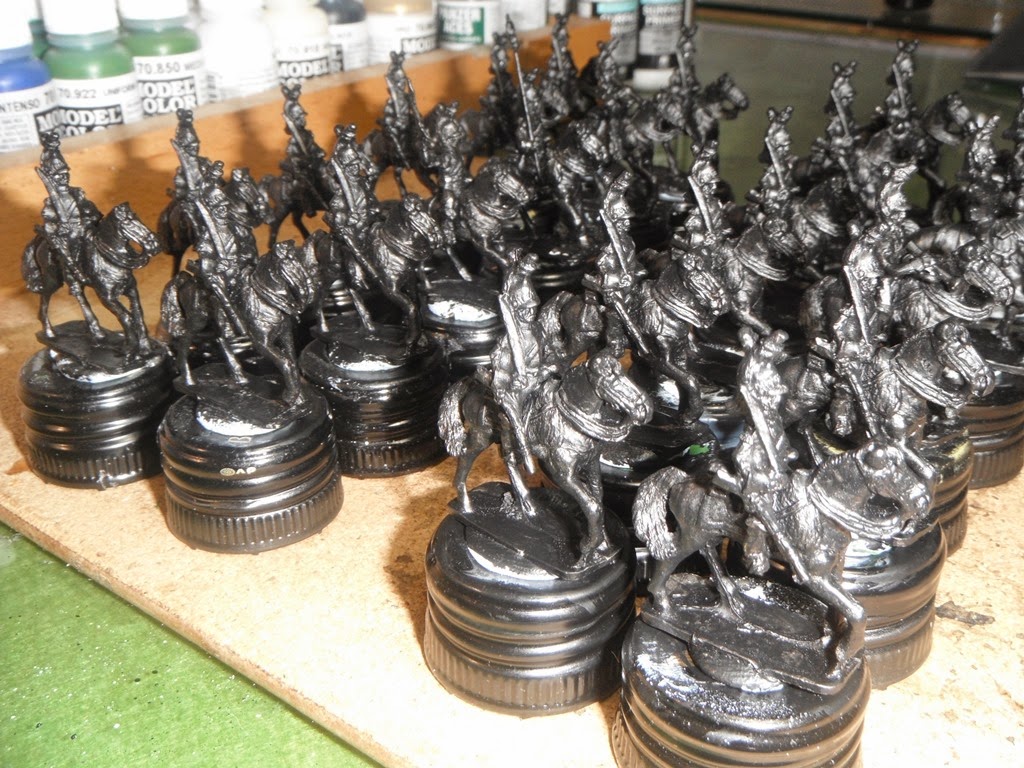 Memoir44  'Breakthrough'.
Yesterday I spent an enjoyable couple of hours playing a game of Memoir44 on the new breakthrough board which is 17 hexes deep by 13 wide and works much better with my 15mm models visually I think. I'm so pleased that I'm on the lookout for a second 'plain/beach' breakthrough board so that I can play on a double seized board - 26 hexes wide  x 17 hexes deep! I really like the quality of the memoir graphics, which I feel to be better than even the C&C N board. I'll probably order another breakthrough set for next week.

Couple of new 'tweaks' introduced this game, borrowed from the 77 page PDF under 'Advanced play' firstly Air Support.  Each side can attempt to use air support twice during a game, must dice and if successful normal memoir 'air support' rule applies. Can be useful for strafing or rocketing both armour and infantry when adjacent. Up to 4 hexes may be targeted. It's just great fun, fast and furious and can do a lot of damage to formations.

Secondly, I introduced my freshly painted Tiger I tank. There are rules for such beasts in the FAQ, being mainly that they begin as 4 point tanks and any hits rolled against them must be re - rolled to confirm hits. Reasonable enough, but still a -2 when fighting into bocage? a Tiger? Anyway, rules is rules and it does give enough advantage to be about right on balance. I did consider giving it 4 combat dice, but it may become too unstoppable! As it turned out the Tiger did sustain 3 hits and would have blown up on the next hit, but it retired from the fight to the safety of a village having blown up two of the Allied Shermans and damaged a third.

All great fun, buckets of dice rolled, and all packed away again within a couple of hours. Models still need work, tanks need decals, more stowage etc and I'm waiting for my German aircraft to arrive in the post. It's very much a side project and I'm happy with it, having learned from past lessons that this combination of models and board game works for me. Thanks to those who commented on the last pictures.

German victory - 6 medals to 2! Allied armour had a long journey to get into the fight on the new deeper board, even moving 3 hexes per move they took time to arrive, the centre being blocked by the dreaded 'bocage' that slows everything to a crawl and blocks line of sight. 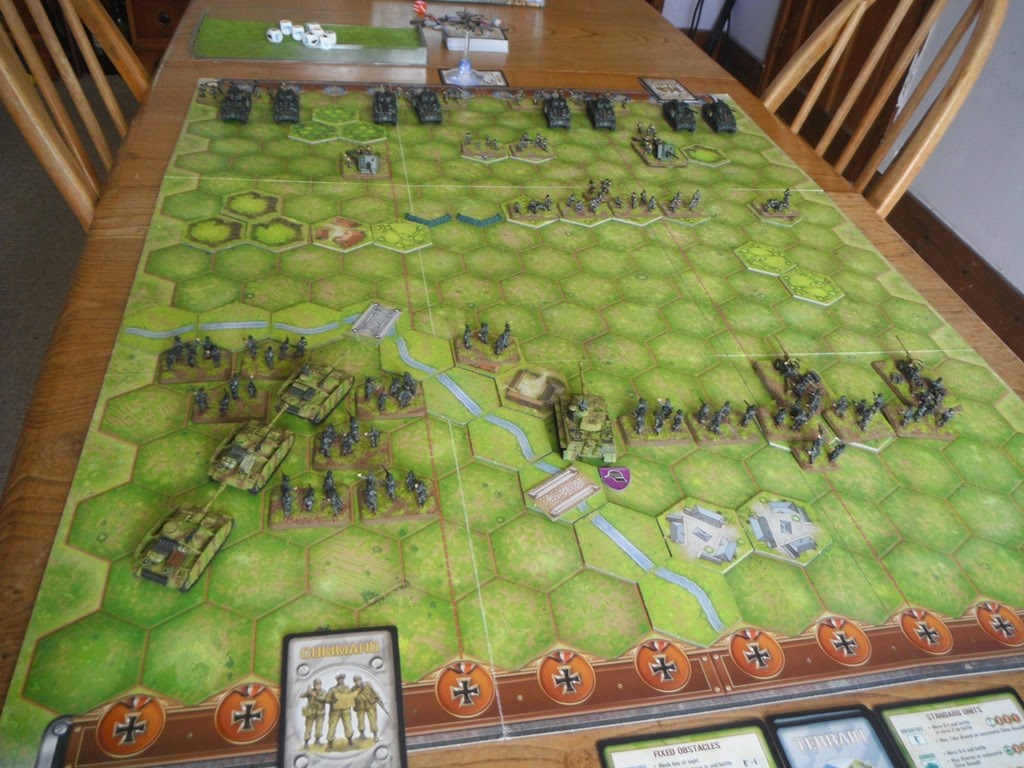 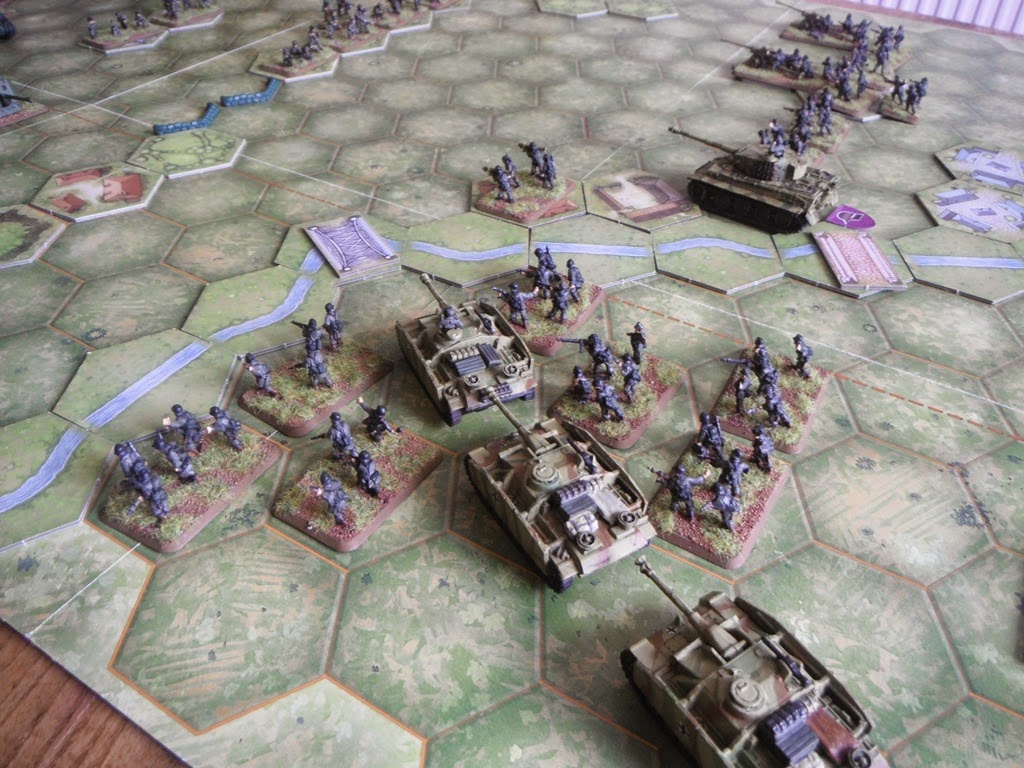