Photos not as crisp as I had hoped for so I may replace these with some taken on my daughters galaxy phone later, it takes amazing pics. This is my British/Loyalist Army so far, foot battalions of 44 figures, light infantry 24 figures and cavalry of 24 figures! This is the effect I have been wanting in this scale. I need to expand the 2 units at rear (Grenadiers and Scots) to bring them up to full strentgh.

No hexes for this project, I'm thinking of a return to Loose Files & American Scramble again (with amendments) ..... that if I get that far of course! 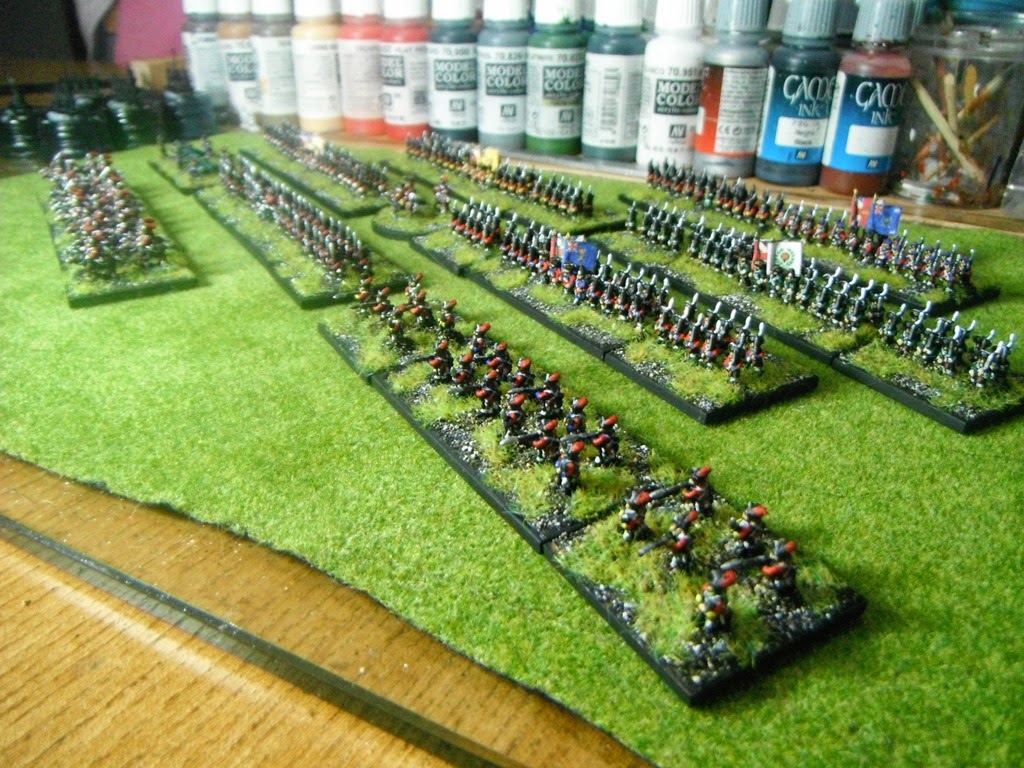 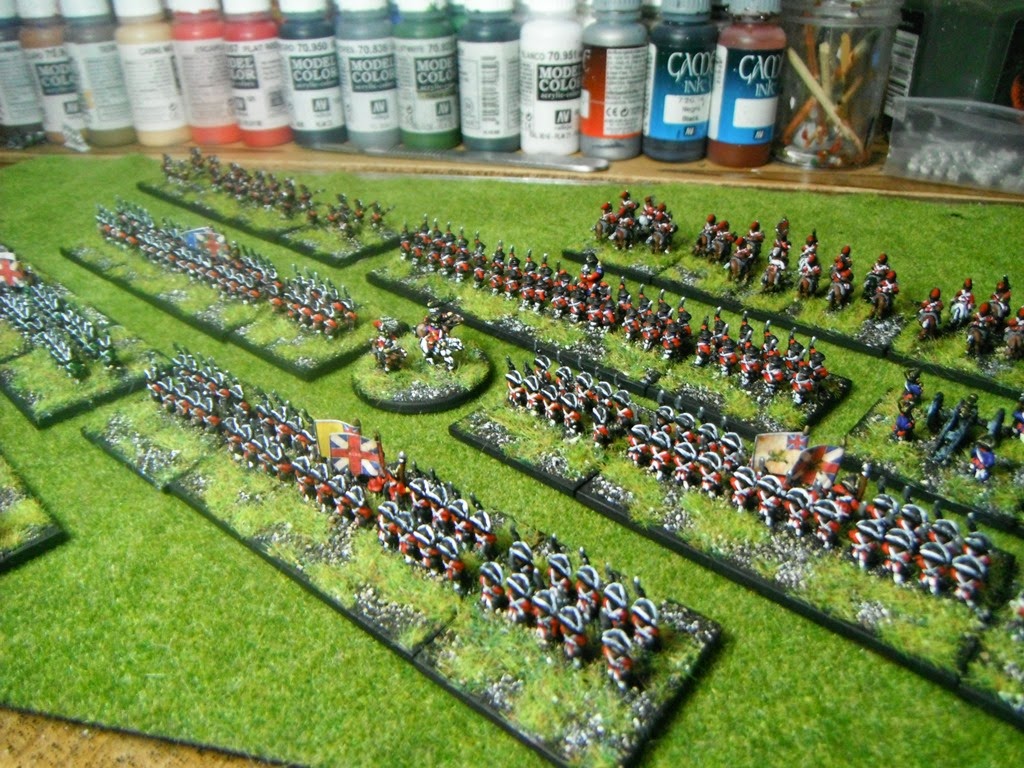 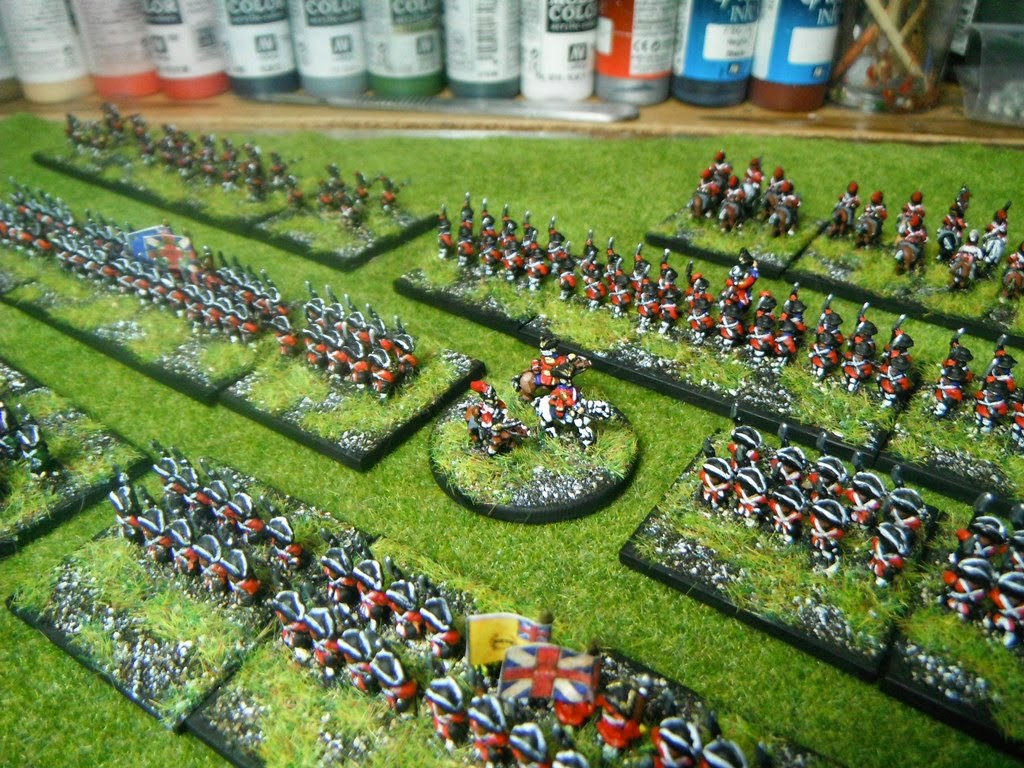