Lord only knows how I found the motivation to paint this collection but I'm staggered that it now tops 450 figures, and that in just six months of spare time painting. It felt the right time to add the Old Guard Grenadiers to my small Imperial Guard contingent and you see below the battalion ready for action. I wanted them to be a bit special so I decided to add a 'non combatant' extra base and to include the Napoleon figure previously painted. I added a few Sapeurs, the Essex figures carry a musket (correctly) but I wanted to feature a couple of the heavy axes that they also carried. A bit of fiddly conversion work did the trick and they did not turn out too bad at all I don't think.

All figures by Essex Miniatures. 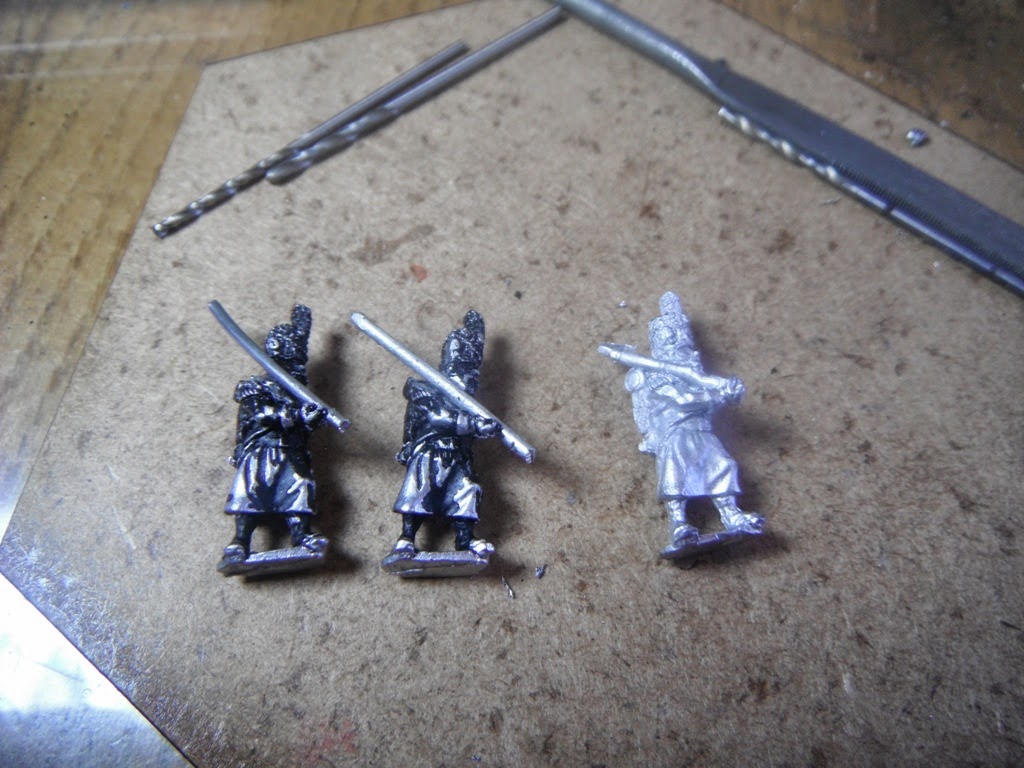 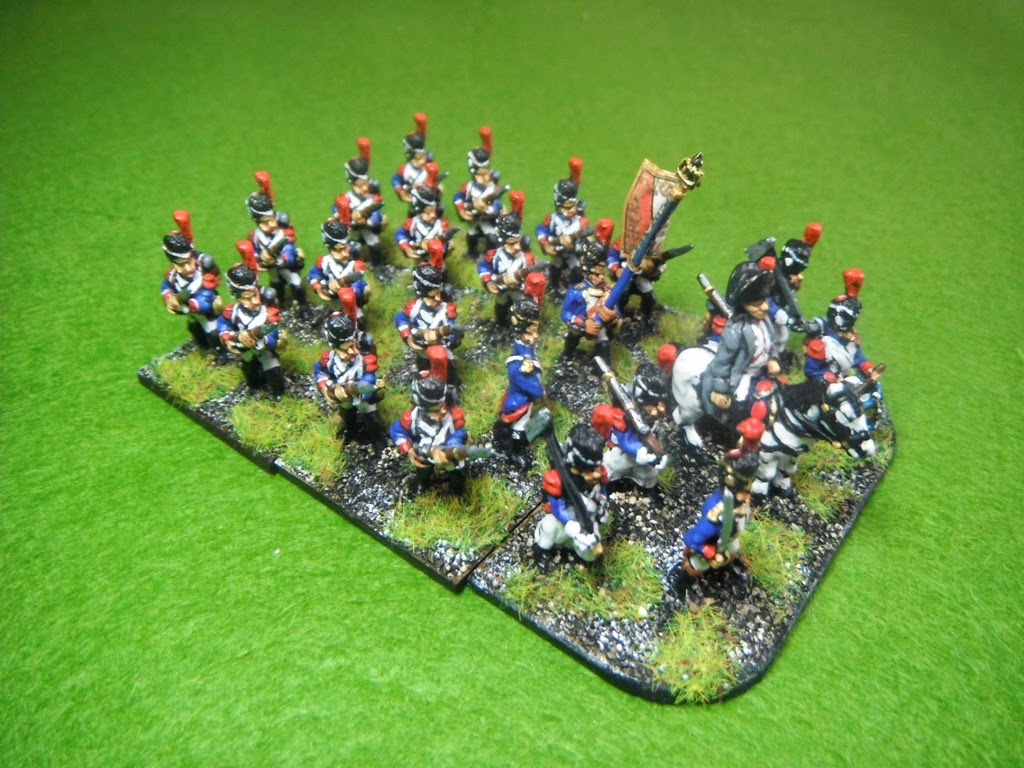 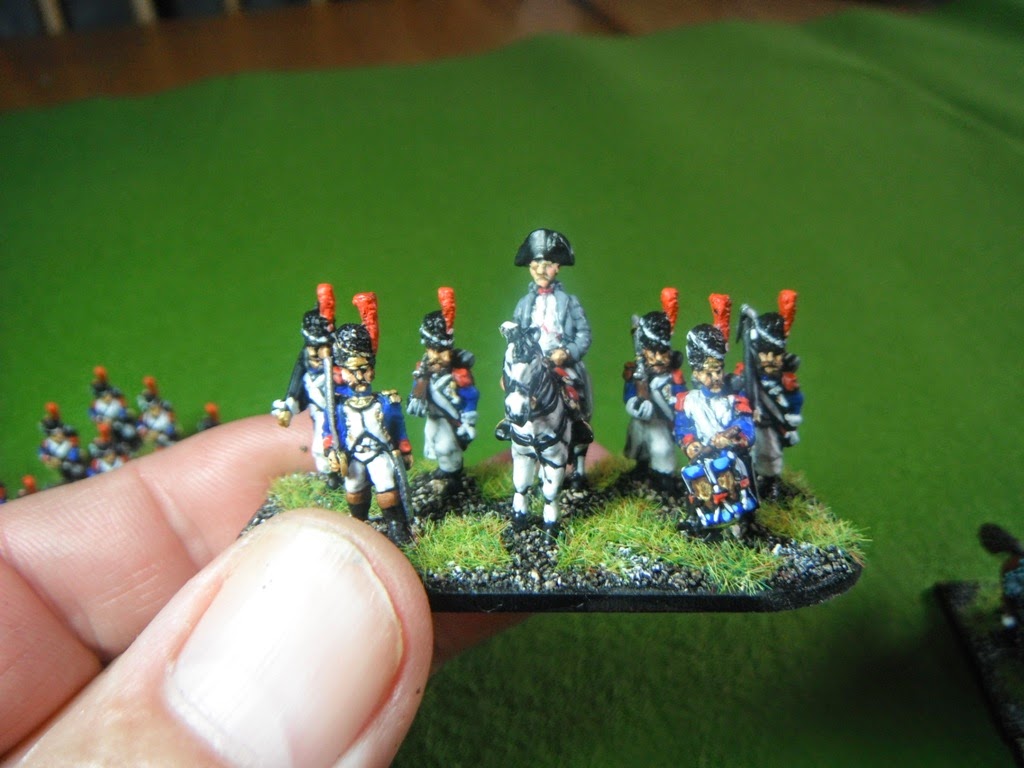 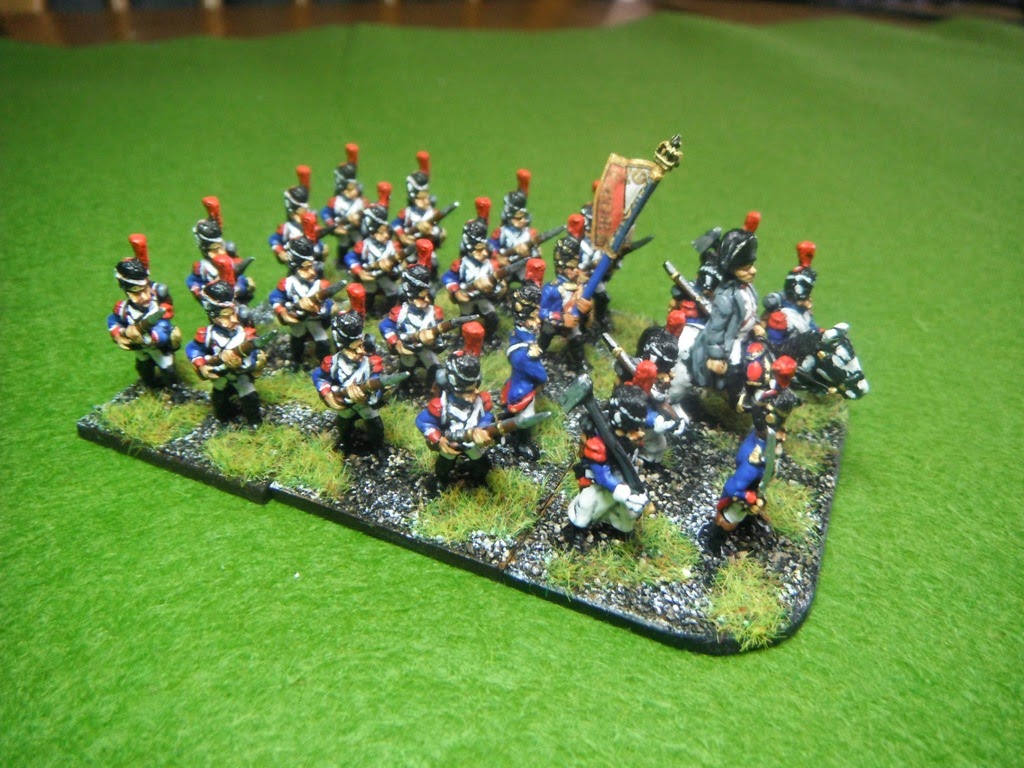 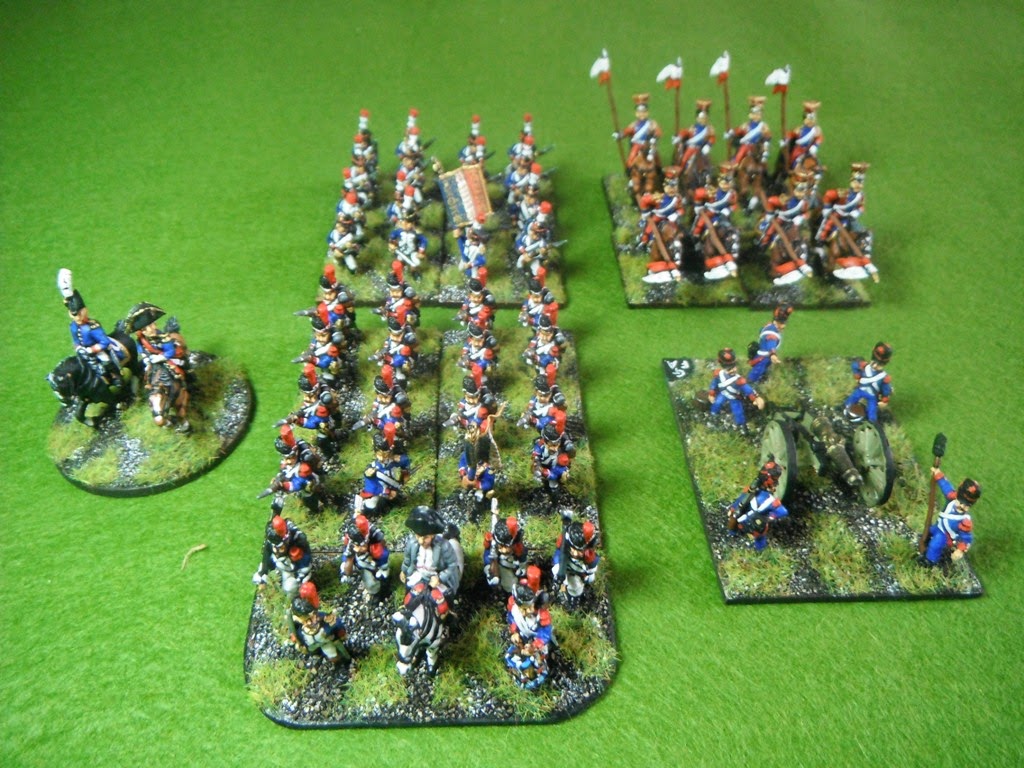 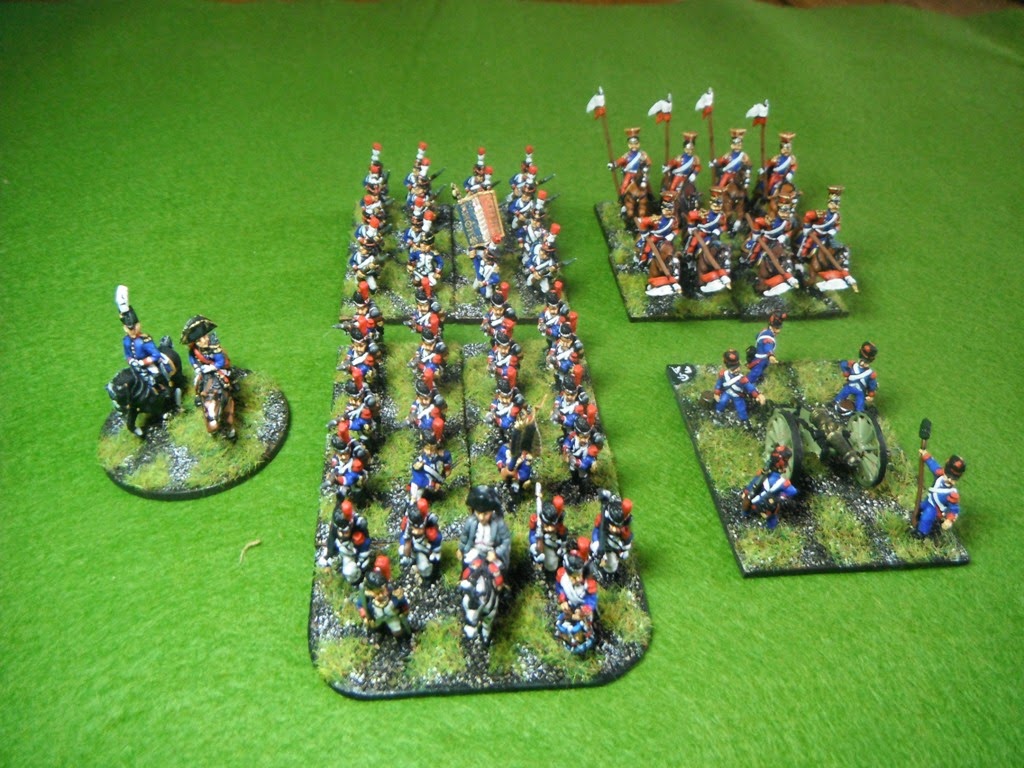 A unit of line lancers have also been added to the collection. 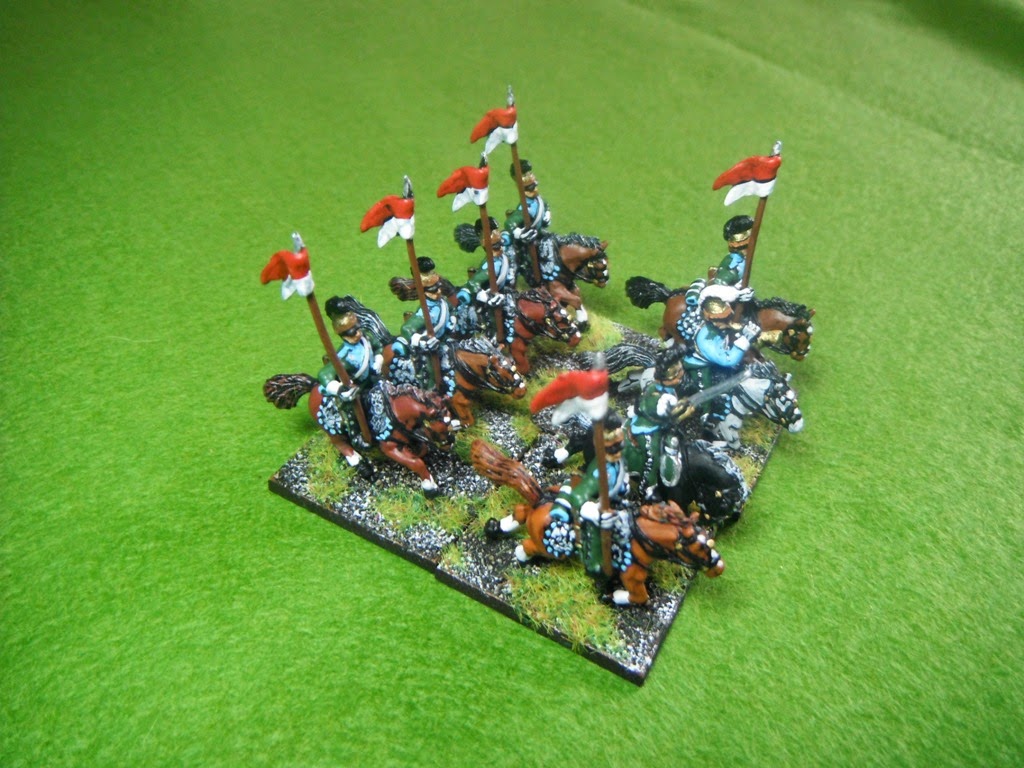 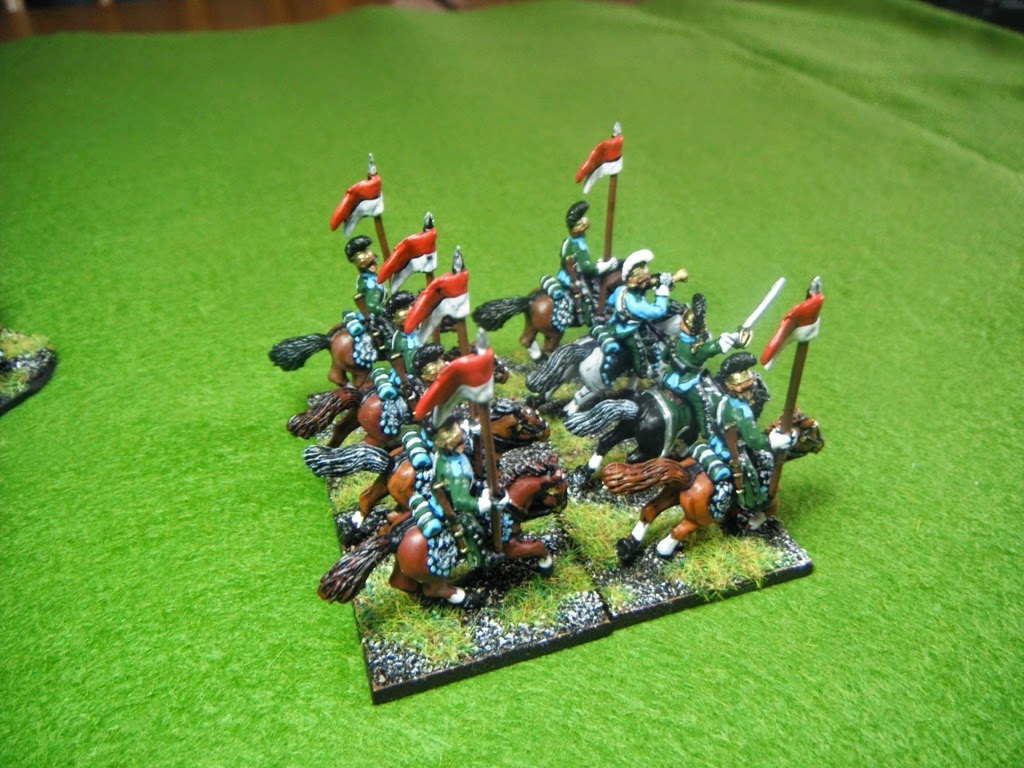 I have also been giving more thought to terrain and decided to tackle river sections next. For the proposed 125mm hex grid I asked Tony Barr of East Riding Miniatures if he could cut me some custom river sections to overlay the 125mm hex grid. With his usual excellent customer service he set to work to produce these for me and they turned out spot on! I'm very pleased with them and now have about twenty five sections to paint and edge, but four examples are shown below. I can't recommend Tony enough if you need something cut to your requirements, always friendly and the product is first class. I'm guessing other wargamers might be interested in these? The 125mm versions have now been added to his shop. Thank you Tony.
(Link to page, added to bottom of hexes at present) 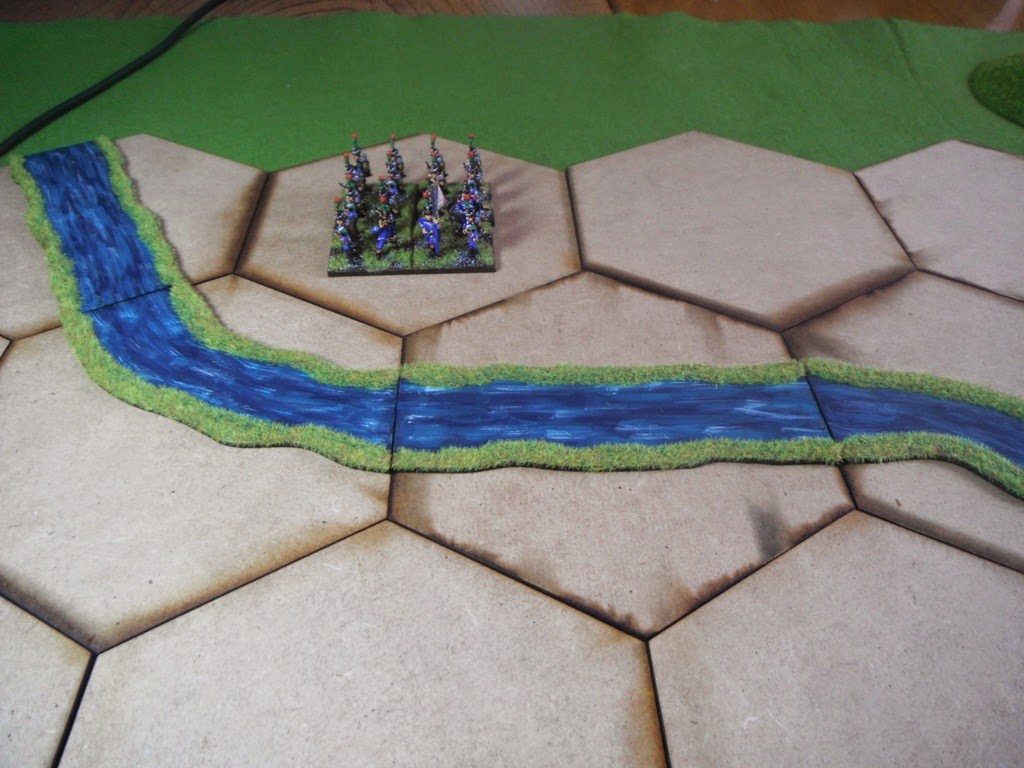 Gradually things are coming together, just the main boards to do.
Posted by 'Lee. at 08:06