John has been sending me pictures of a big game he is getting set up for later this month, which will be his first game since Covid and lockdowns. It will feature many of the Ottomans that formed the Eric Knowles collection as well as a lot of the figures that I have painted over recent months on both sides. As John does not update his old blog and is not on social media I'm sharing them here with permission as I think there are others who would enjoy seeing them. The Ottoman commanders from my previous post will be marching to join the battle on Monday along with the last painted figures from 'Box 1'.

I'm sure John will fill you in on the makes and manufacturers of the figures involved. 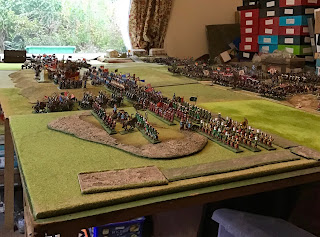 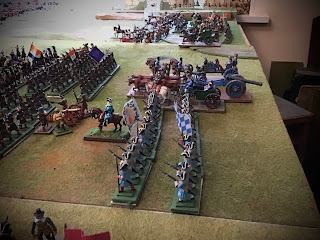 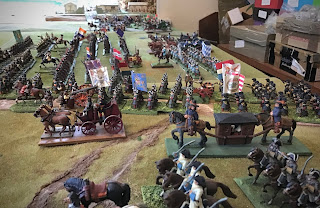 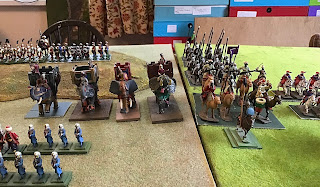 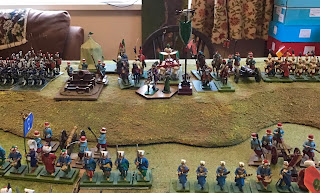 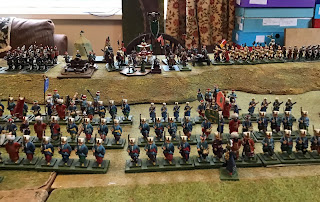 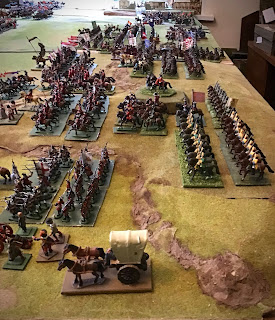 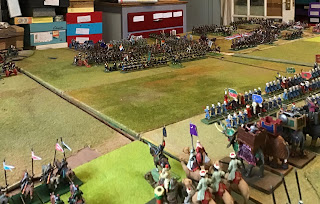