DBN back on the card table!

With my wife out shopping I set up a game of DBN on the trusty card table today. What I enjoy abut this game in it's basic 12 point per side format is the ability to do a quick set up and tidy away afterwards, with a game being played out in a couple of hours (playing solo of course or would be faster). I'm still slightly rusty on a couple of points of the rules but overall now I'd say a good grasp. Basic factors for firing and close combat are now mostly committed to memory for most troop types. I do still find the game a bit 'fiddly' due to the ground scale, but again I'm getting used to this now. I am actually using a slightly increased ground scale of 1.5" = 100 paces (due to larger table size of 2.5 ' x 2.5' feet), and this in turn opens up the game just a little more to my liking, so muskets firing at 200 paces for example have a range of 3". The measuring stick makes everything easy which is something I like about DBN.

I'm getting the hang of using formations better, although its still challenging when attempting to form a march column into line for example as this must be done by forming on the leading base, and with a move of 200 paces it takes a couple of CAP's to get a 4 base column into line. Smaller formations would be easier to handle, but then if you roll low on the activation throw it can be frustrating, especially in the early stages when you want to troops forward and into position. A D6 means activations (CAP's) can swing wildly but it's part of the challenge of the game, a French roll of 6 followed by a British roll of 1 had a big impact on the development of the game early on as the French rushed to cross the stream (fordable to all but artillery but ends movement for that turn).

French Chasseurs were the first loss to the French, hit by Portuguese artillery fire and rifle fire from the Cacadores in the woods, an oversight on my part as the cavalry were shaken and I intended to pull them back but only left myself a single CAP and shaken units require two to activate so they were left at the mercy of the cacadores. Playing solo still means sticking to the rules!

Photos of early stages, all figures here are AB's apart from the two baggage bases. 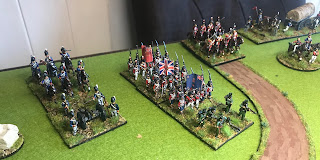 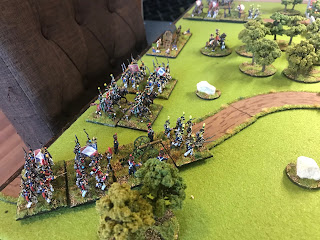 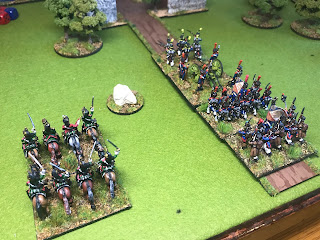 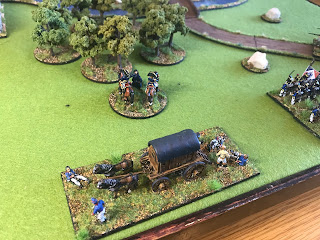 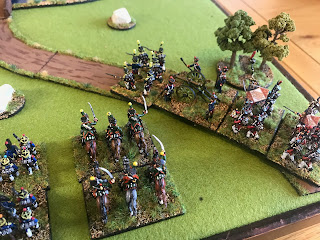 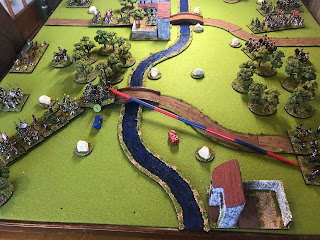 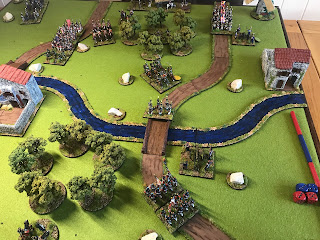 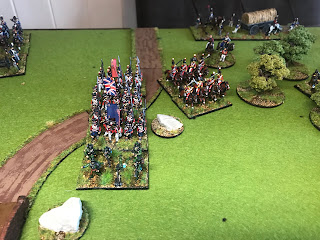 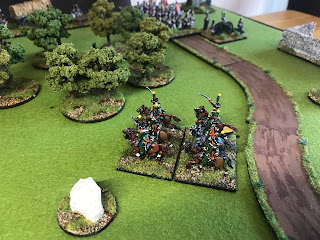 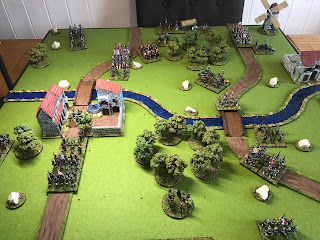 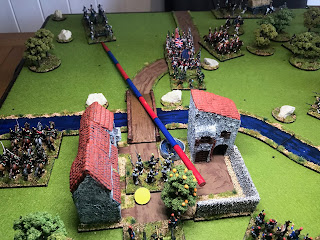 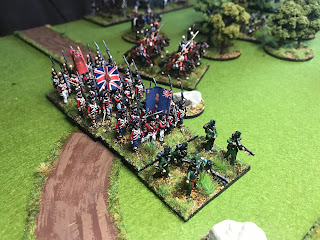