Since my last blog post the figure painting has dropped right off, probably due to being temporarily moved to the dining table in order to make way for the Christmas tree! It's just not as familiar and comfortable as I have been painting at my little desk for many years and the set up is perfect for me as I have everything I need in one spot and the desk has eight very deep drawers containing figures, extra paints, glues, stones and static grasses etc. So, the last couple of weeks has seen me finish off just 12 Spanish WSS figures for John and 12 French light infantry for myself, where I would normally paint 12 x 18mm figures in a day, these took me four days! I think I'll take a break now until after New Year when I'll be back in my familiar space again.

The above said I have been able to do some more work on terrain items for both DBN & the larger sized C&C set up. Firstly, I have knocked up over 8' of river sections, 125mm sections for the hex grid with some longer 250mm sections, and I'm really pleased with how these have turned out. I also have made around 12' of road sections with more to follow, again based on the 125mm grid but they also work very well for conventional non grid games. Tony Barr (ERM) has also cut me some junction sections for the roads. Once all roads are up to the basic standard you see below I will consider giving them a bit of texture, cart ruts etc. All are based on 40mm wide MDF.

In addition I have re jigged my Spanish buildings onto bases that can be used individually or conjoined to create larger areas both on or off grid, again simply done so that they allow road sections to run up to them or through them. I'm much happier with these than before and of course the melon sized oranges feature. I much prefer my buildings to be based up like this rather than free standing. And in keeping with the Spanish theme I have made some MKII broken ground/bad going markers from stones.

This week a large heavy box arrived in the post containing the beautiful book you see below. It is a present from Old John for the work on his figures and a very fine and useful reference source it is too. While the text is in Spanish there are 125 pages of full colour illustrations featuring Spanish uniforms between 1789 and 1815, A4 sized and printed on heavy quality paper. Thank you John, it's a much valued addition to my collection.

My DBN Spanish army has now reached 12 points +, with more in the pipeline next year. I need to add a 'baggage' piece and have a couple of ideas for this. The Spanish are all AB figures.

A pre Christmas bash is planned probably DBN and the Spanish might get a run out for a 12 point game on a 5 x 3 table, bigger than required but I do like the more convention shaped wargame table. 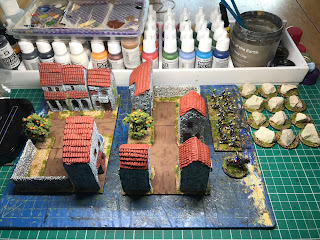 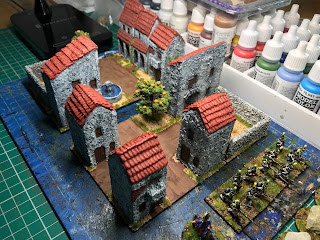 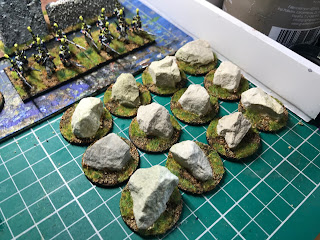 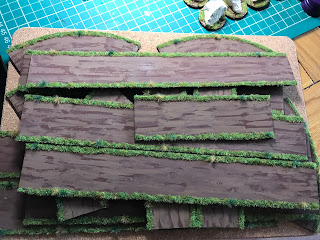 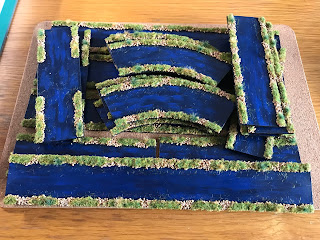 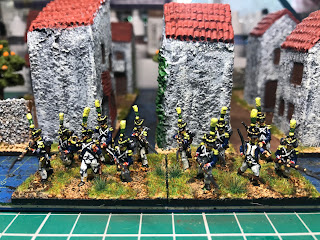 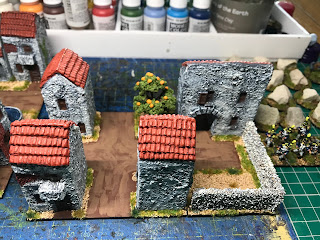 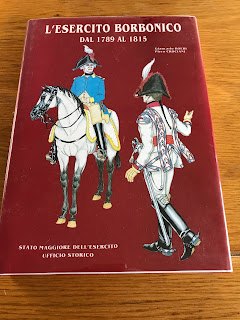 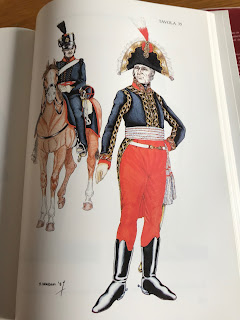 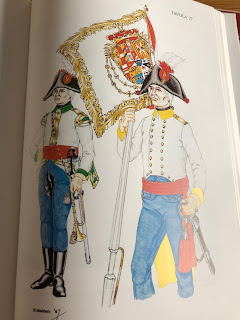 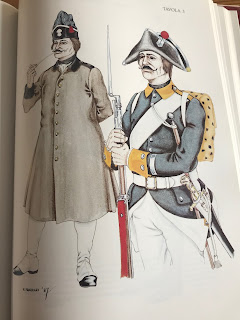 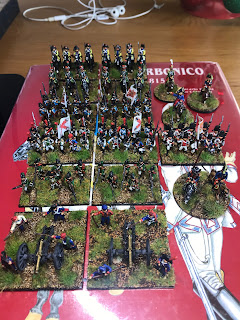 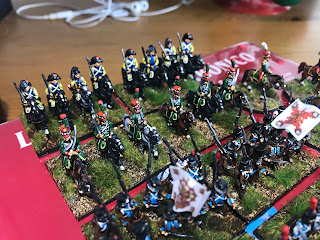 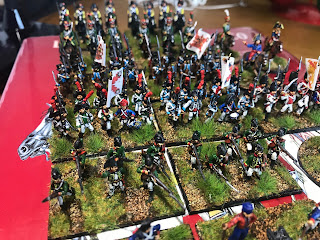 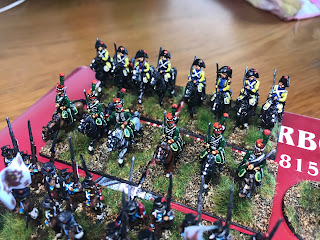