I am really enjoying my painting at the moment and seem to be churning out figures at  a fair old rate. I'm working between the scales which also seems to be helping keep up the momentum. If you are a fan of 6mm Baccus figures please check out my War of the Spanish Succession (click) project on my dedicated 6mm blog.

A big chunk of last weeks painting time was spent on trying to get a good start on the 6mm's but for this week my aim is to complete the 10mm Elven figures for James' 'For Joshua' project and the 20mm WSS figures you see below for John C. But I did finally decide to throw some paint on the 40mm figures that will crew my planned RHA rocket battery base. A long time in the planning - almost a year - these are the resin prints that Graham Cummings kindly did for me from conversion of the STL files for the gun crews.

The prints are very good, I could not even have conceived of such a thing a year ago when I started out by going down the conventional rout of commissioning metal masters until Ian Smith persuaded me to follow the digital sculpt/3D track which has proven to be very successful.

The two open handed 'upright' figures had one slight issue, which was that the intended 1mm brass rod for the rocket trails could not be passed down as the arms were too close to the body so I had to cut off the right arms at the elbow and then re attach them at a different angle slightly away from the body. A bit of green stuff and I felt they looked OK, I could actually pass a 2mm rod down so there is a bit of wiggle room there. I also removed a head to turn it to face a different angle. Overall I am very happy with the results once painted.

They look a bit shiny in the photos as the satin varnish was still a bit wet. Once the rocket base is finished I will have something that is completely unique in 40mm scale. Next stage is to scratch build the simple launch frames and the rockets themselves, I'll be playing around with brass rod, tubing and green stuff no doubt next week. The legs of the frames will probably have to be cut from plastic card, you can see a few images below of what I hope to end up with! 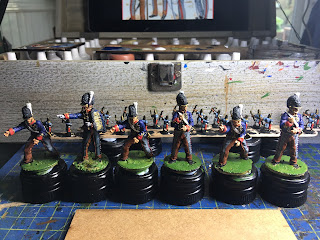 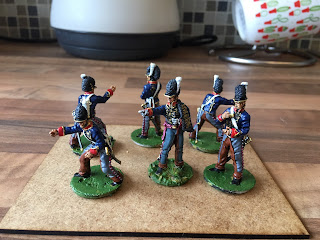 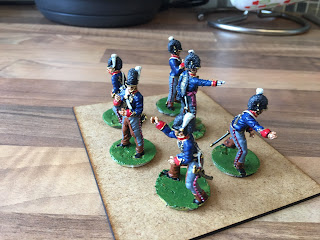 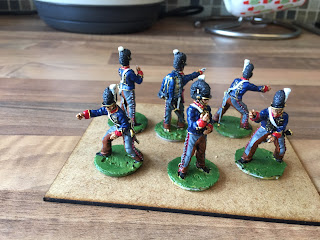 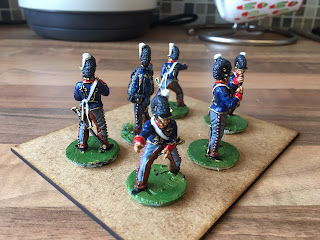 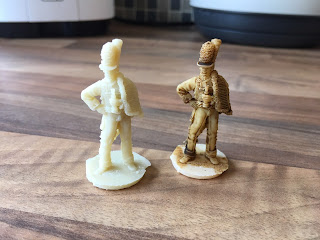 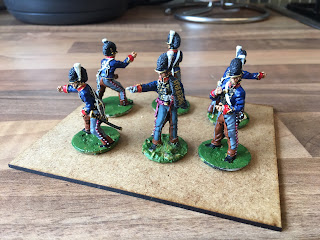 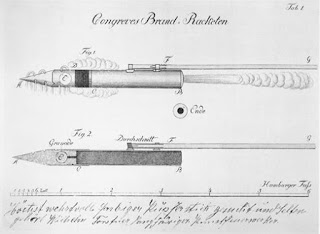 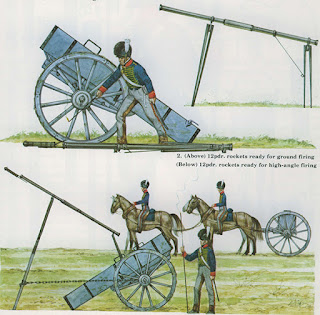 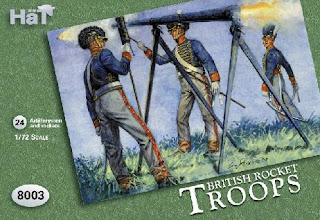 The two unpainted resin officers at right will each command a gun crew. The other 4 crew figures will be metal from the original files thanks to Ian Smith who has them going into moulds at Griffin. The two Sash & Sabre guns have arrived from Andy at Old Glory, the usual 40mm scale bags of heavy metal! 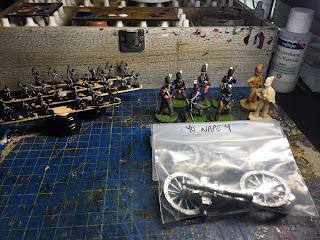