My copy of 2nd Edition Bolt Action was delivered earlier this week, I seem to have been one of the lucky ones having pre ordered back in early August, as the first print run has already sold out and Warlord are taking pre orders for a second printing. The demand has clearly taken Warlord by surprise. It is typical of modern rule sets, hefty hard back packed with colour pictures and well printed on quality paper. I have had an initial read through and the tweaks and changes seem reasonable enough to me. I suppose the biggest change is the use of blast templates for High Explosives, which come in 4 sizes, 1", 2", 3" & 4" according to the weapon firing. There has been lot's of controversy on the Warlord BA forum about this change, but personally I think it's for the better and quite simple to play. For £30.00 it would have been nice if the plastic template set could have been included with the book (as they are in the new 'Band of Brothers' starter set), OK so I got a free 'Patton' figure, but would have rather had the templates. All in all I think the use of the templates will tone down the effect of HE, which was a little too powerful in the first edition.

I note that light machine guns, as carried in my German infantry squads have had the range increased to 36", same as MMG's, and given the extra dice added to MG's makes them more realistically useful for pinning down enemy infantry. Still many complaints about the points cost of LMG's but I don't concern myself too much with that, as most German squads late war included an MG42 in LMG mode then it's realistic to include them.

I won't go into detail here of all of the many small tweaks in V2, but overall the game is still very much as it was, playable and fun. A couple of tweaks I can see include an 'At full strength' rule, where squads of 10 to 12 men  can re roll any failed order tests until the point it takes it's first casualty. Squads marked with  a Down order now get a -2 modifier instead of -1 when rolling to hit, that additional modifier can make a big difference. The Rally order is now more effective, as a unit with such an order will now rally a D6 + 1 pins, making the option of halting a squad to rally more effective as you will always rally (remove) a minimum of 2 pin markers. There is also now 'Dense Terrain' which addresses the previous issues re shooting into woods and LoS.

The new book also includes an additional army list for the Japanese, as well as German, US & British.

I need to play a game to see how the changes work in practice, but I don't see any problems as read.

Painting.
Not got a lot done but did manage to finish off a Soviet SU - 76 self propelled gun to add to my collection, this is a resin and metal model purchased on eBay for £15.00 assembled and undercoated, cosy new would be £23.00. I note that Warlord AFV models do not command a great price on eBay, probably due to there being so much available so you can grab the odd bargain. I also have a second M3 US half track to paint at some time, again an eBay bargain. What I would like to be able to add at some stage is two of the 'Deuce' two and a half ton trucks in resin and metal as transports for a couple of squads, they are wonderful models. 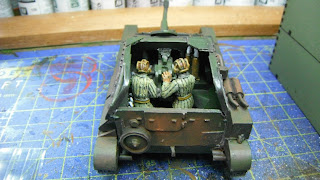 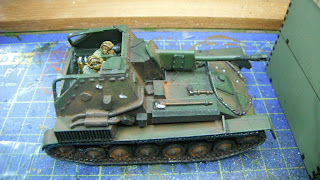 French & Indian Wars.
I have been trying to find the time to get some shots of all of my FIW stuff together. This morning being overcast and windy I made the effort to do it! Everything is now sitting in multi figure bases (Warbases 2p slots) which certainly makes the job easier. I might add a few more figures at a later date, but for the time being I'm refocusing on Bolt Action and getting to grips with the changes.

Lots of pics, slightly overlit! Wanted to show all of the types including the wagons. The 'loose' figures are my command and character pool for Sharpe Practice.

A massive THANK YOU to John at Kingscolours Painting Service for his help in putting this collection together so quickly, I'd say 70% of the below is his work and very fine it is too. 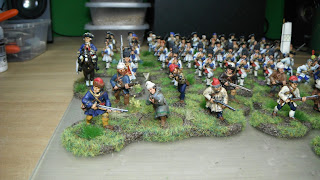 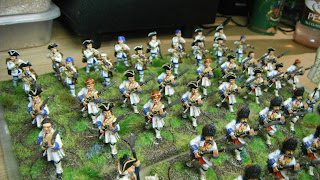 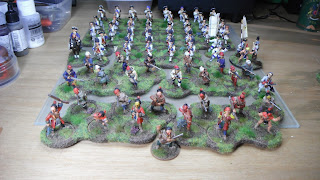 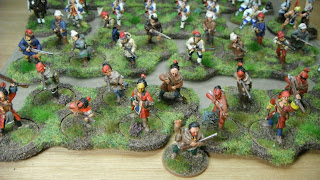 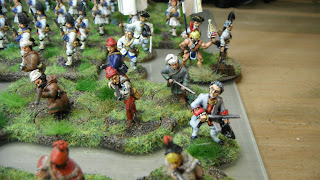 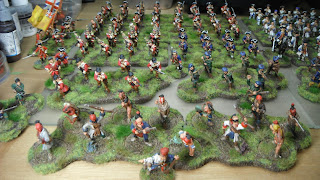 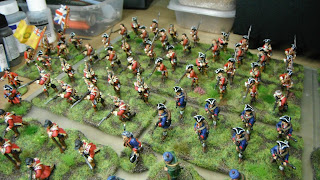 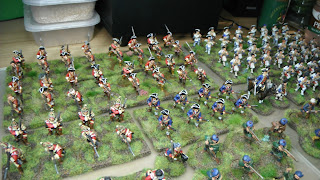 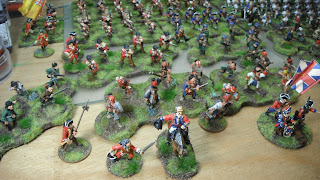