Painted another 70 figures for the ECW project this last week, 2 more pike heavy foot regiments and 2 more of horse. They are each of 8 figures but all based in two's so that I can make smaller or larger units as required. Forlorn Hope uses a ratio of 1 figure represents 33 men so roughly between 2 and 3 figures represents a troop. Between the numerous cavalry packs there is plenty of variation in equipment which makes for nice units, but I have tried to keep the majority in buff coats, pot helmets and back/breast armour for that 'Popham Horse' look (below). A few soft hats and coats mixed in give a good overall ECW look I think. 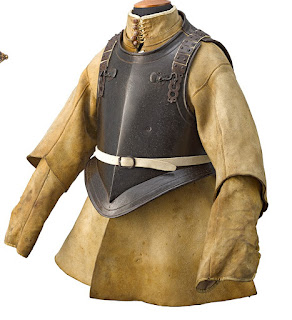 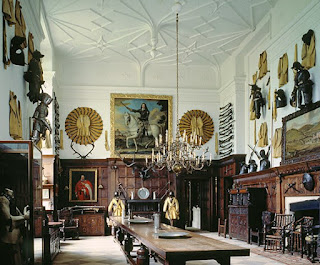 This weeks output, all just need a good brush over to remove that static grass before they go in the box. 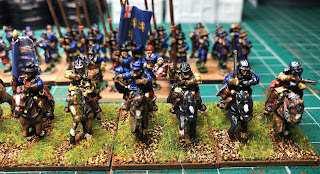 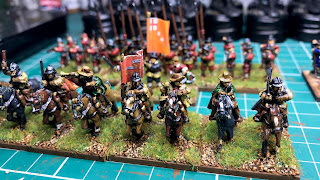 I have now decided to use two flags for each regiment of foot on the command bases. Having experimented with drilling out and adding slightly longer shafts to allow for larger flags I'm going to stick with the 14mm one's I have used so far simply because it's a lot of extra fiddly work and time that could be spent painting, and to be honest at 14mm they are very close to historical size. Ordering 'special packs' is quite straightforward at PP so I have a pack of each of the two command pack standard bearers coming, 8 of each. They cost a £1 more for a special pack at £4.50 but as the rest of command castings go back in the pot as it were, well worth it. I'll also do a few head swaps to add some helmeted figures.
By the weekend I should have a total of 350 painted figures towards the project upon the completion of the  4th 'pike heavy' unit. That's sufficient for two 10 unit armies to get started with, each of 5 foot, 3 horse, a dragoon and an artillery unit plus the general. That leads me onto a rules dilemma that I have been thinking about.
An extra half inch makes all the difference!
OK, so from the start I had in mind a return to Forlorn Hope. I still like them BUT the 'Foy' variant of Commands & Colors for the ECW continues to draw me to it, so best solution would be to be able to use my figures with both. I am so familiar with the C&C system and this variant because I followed it long from the early stages of development and even got to offer a few suggestions at the start and they really reflect the period very well. Above all the set of period themed command cards that Tony created for this are a joy, if you have not seen them it's well worth a look on the link on Tony's blog (HERE). In addition the introduction of the wonderful Hazzard a Chaunce cards added a new level of random events, again period specific and humorous such as 'Exceeding Nervose', 'O Bugger it', 'I shall never touch the stuff again' and 'Thumblethumbs' which requires a dice roll for a powder accident!
The problem is that the game obviously needs to be played on a hex grid and my lovely printed mat only has 125mm hexes (across the flats) and my unit frontages are 120mm which is a bit too tight when deployed side by side. It's a shame as I had spent hours making hills from MDF and foamboard topped with printed card shot from the mat to match, and then road and river sections specially cut to fit the grid. The mat is printed on a 6x4 cloth which leaves a nice black border on all sides. 6x4 is the largest size that I can comfortably fit on the dining table when covered with my three plywood boards which alone cost me £36, so you begin to see my dilemma? I had considered settling for a grid of 8 x 12 6" hexes marked up on the boards, which would still require new hills etc to be made and represents a bit of a compromise as the game is designed for a 13 x 9 grid. On discussing this with Tony he came back with a solution as to how I cold fit the full 13 x9 grid within my 6x4 table, simply use 140mm (5.5") hexes. Well of course it's the answer, but would involve a great deal of work and possibly a new printed mat. The only other thing I can come up with would be to reduce my unit frontages by 10mm or so fit the existing set up, again more work but doable. That's it my head hurts now, I shall invite comments on this matter, which would you do in this situation?
1. Play on the 125mm hex grid, bit tight when units side by side?
2. Compromise on an 8 x 12 grid of 150mm hexes?
3, Start again with a 140mm (5.5") hex grid
4. Reduce unit frontages slightly?
5. Bugger the lot and just play Forlorn Hope?
Posted by 'Lee. at 02:13