I have been pondering this idea for quite some time and with the enforced lockdown likely to go on for several more weeks I decided I needed something to keep me focused and busy. With the Baccus project temporarily stalled until my order arrives, (they are still working on orders but with just the one casting machine operating), and having reached the conclusion that for the foreseeable at least the 40mm's will remain as display figures once I can find a suitable unit, I took the plunge and re invested the proceeds from painting Old Johns 20mm figures into Blue Moon 18mm's. They will be painted and based for DBN so no large units but lots of variety to paint. Like many others at the moment my hobby is really helping me to cope with the extraordinary circumstances and so I'm setting myself a painting challenge of producing two 500 point Napoleonic Peninsular armies  over the next 3 weeks! This equates to around 12 elements per side (to begin with), 3 to 4 cavalry figures, 10 infantry figures and individual guns with 3 or 4 crew (horse or foot). DBN standard bases are actually 40mm wide by 30mm deep but because I could not fit 4 BM heavy cavalry on the 40mm frontage I increased frontage to 50mm and added +5mm to the depth for everything. The stated 8 infantry per base looked a bit lost on 50mm frontage so I'm going with 10 per base which just looks a bit better to my eyes.

In DBN bases represent brigades not battalions and several bases can be formed into 'formations' which move and fight together offering mutual support, so while a 10 figure infantry base may not look impressive on the tabletop a formation of 5 such bases does have considerable visual impact. At 500 points per side the game is designed to be played on a board just 600mm square, which fits in nicely with my current interest in small space wargaming which is also the inspiration for my 6mm WSS project.

So, I'm off to a good start with 2 British heavy cavalry elements and 2 light cavalry elements and yesterday I painted a Highland infantry element, start to finish over about three sessions. Today I have two French light cavalry elements on the go (3 per base) and at this point (almost 4pm) I only have the horses to paint later. I have still had time for a beer in the garden with my youngest daughters boyfriend Liam ( both are here in lockdown with us!) and a walk with the dog, I'm aiming for a base of troops per day for the next 3 weeks or until I complete 24 bases. I don't generally paint in the evenings.

When the Baccus order arrives I will probably put it aside until I reach my target with this and the 40mm Spanish infantry have also been pushed back for later when I will complete the battalion. This lot aside I have another box of figures due from Old John and will work these alongside the 18mm's a few each week. I know this target based painting does not work for everyone, but for me I find the discipline helps me to keep focused on getting through the days until life returns to some semblance of normality.

I also received a little gift package of metal dollies from Graham Cummings today as I had been playing around with green stuff and asked him where I cold buy some, many thanks Graham, I was really not expecting that lot. I just want to try my hand at basic sculpting to produce some traditional toy soldier style masters, it's something I have long wanted to try and with so much time on my hands why not.

So the race is on, 24 elements for DBN by the end of April. The trusty old painting desk is back up and running again in the lounge, (it was just far too busy and noisy in the kitchen), paints and figures are well stocked up so it's all systems go!

Take care and stay safe all. 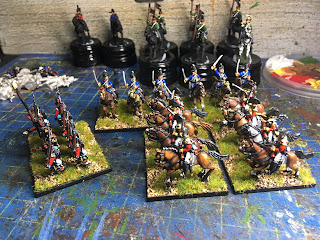 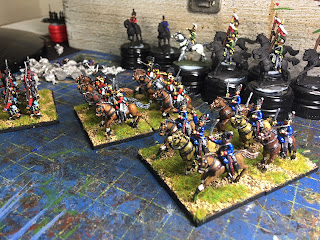 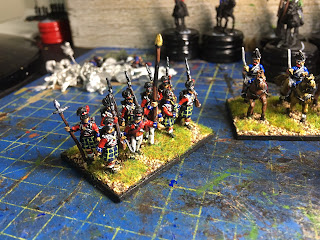 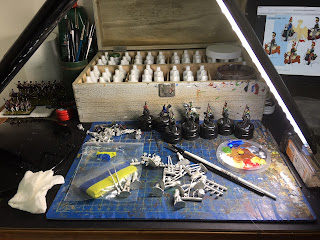 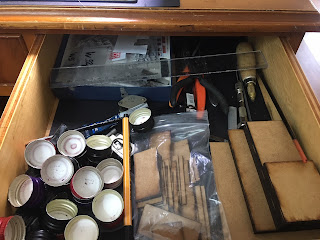