Thinking about formation and table plans.

After a busy three Months in Spain during which I simply have not had the time or inclination to get down to some proper painting of model soldiers I'm just days away from  having my old painting desk set up again in our new home. It's due out here on Thursday, along with the remainder of our furniture and packed boxes. A few days ago we took delivery of flat pack bookshelves, TV unit, bedside cabinets etc from Ikea in Valencia and I have been gradually putting the stuff together, certainly not my favourite job. I am really looking forward to some quiet days spent sitting at my painting desk again next week, we are also having air conditioning fitted next week, a couple of days work, but after that things will settle down to something more like normality!

The shelves are finally up, and the first thing to go on them was my 40mm Napoleonics. It was a moment of great joy to stand back and look at them all together for the first time so of course I had to take more photos! This has led me to spending quite a bit of time thinking about how I plan to use these figures on the tabletop - and I DO plan to play wargames with them this time. Over on his 'Napoleonic Wargaming' blog Paul has made a couple of very thought provoking posts recently on the subject of formations and how they are represented on the tabletop, and he has had some interesting discussion. This subject has caused me much anguish over the years, and to be honest I have never really found the answer that suited me. This time round, and with large scale figures, I'm determined not to get too hung up on this issue, the basing style is flexible enough to play 'Sharp Practice' large skirmish style games with 8 figure companies, or indeed to follow Paul's example and deploy 4 x 16 figure infantry units, a couple of guns, an 8 figure cavalry unit plus a commander to represent an entire division, the latter looks quite impressive in 40mm and it's really just making that mental adjustment from the days of Big Battalions in Peter Gilder style, to understanding that groups of figures can represent anything I want them to be, and I don't need to feel guilty!

The photos show the figures as I arranged them on the shelves and after a bit of fiddling around with them. As you can see the bulk of the British infantry are arranged into 2 x 25 figure units, each including a mounted officer. That's another option of course, and I think they look great, but again I can deploy them anyway I wish and the 4 x 16 figure option also looks good en masse. I do of course have another 50 + figures mostly painted but unbased still in the box.

As said previously I intend to add to this collection considerably, unpainted in the bags here I currently have British Light Dragoons, French Chasseur a Cheval, Highlanders to expand the 92nd and more Royal Artillery crew ans another gun. The cavalry will be painted and deployed on the shelves in units of 8 figures. The 92nd Highlanders will need to be rebased to conform with the rest of the infantry and more figures added including flank company. On order from Andy are more infantry and command packs for both sides and British Heavy Dragoons - my favourite British cavalry of the period in bicornes. 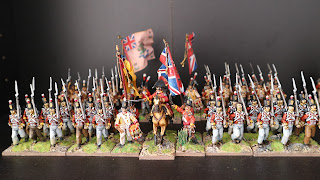 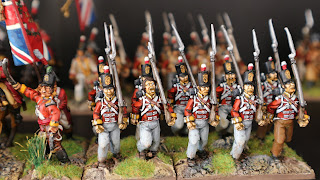 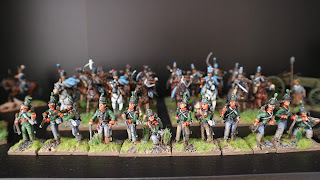 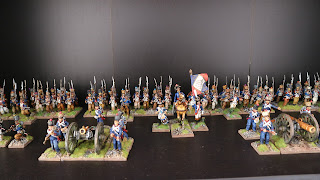 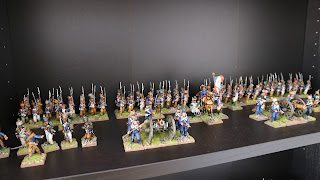 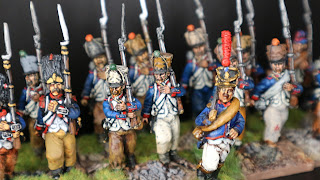 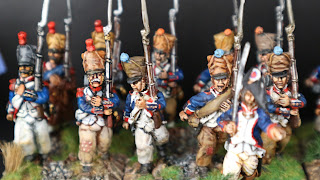 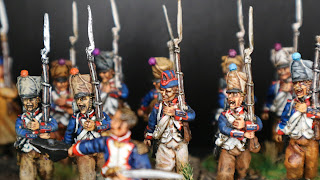 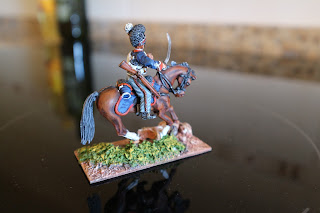 Into the underbuild!
I have won the right to build a wargame table down in the underbuild as it is called here. It is a considerable space that will easily accommodate a table 5' wide and 7' long with plenty of room to move around it - I would not want a table any larger than this. As we tend to unload our shopping from the car through the space and up the stairs to the kitchen the table will need to be able to push against a wall when not in use. It's also quite cool down there, even on a day when the temps push towards 40 degrees as they did yesterday.

So all in all plans are going well,.