This is the initial set up for Commands and Colours (compare with image below). The French position once the table is laid out actually looks very strong, with the town heavily occupied and Ney himself commanding the centre. The Allies are strong on the right flank - commanded by Picton - but on the left are the battalions of light infantry and rifles from the Light Division under Erskine. I think this has the potential for a cracking little game and I'll be following the actual plans of battle as far as possible. The Light Division caught the French by surprise, appearing close to the town. Only Ney's aggressive tactics allowed the French to extricate themselves and retreat across the river.

All battle notes previously posted here below, Victory conditions are 6 banners for a win, 5 command cards each side, British to move first. 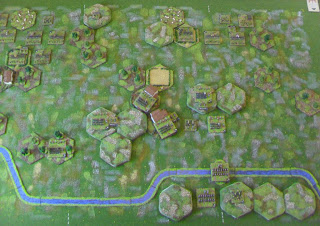 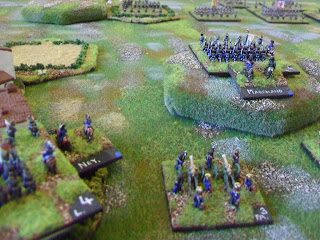 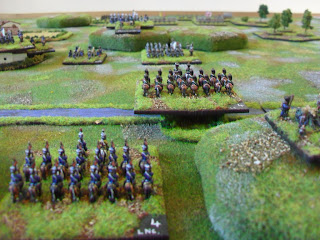 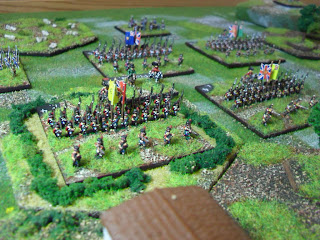 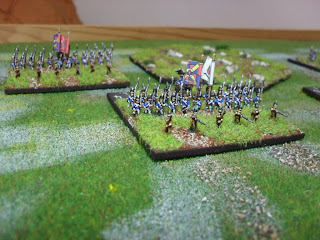 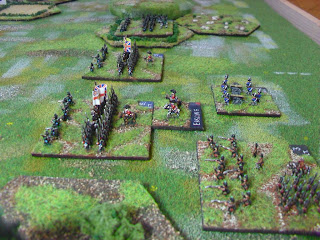 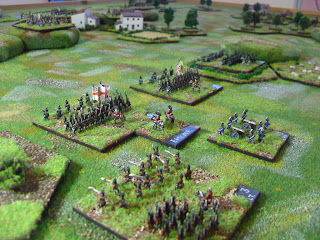 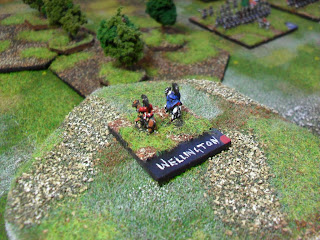